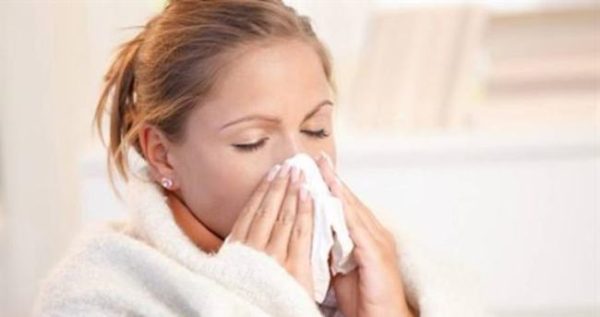 Sneezing or sternutation is an involuntary release of air from the nose. It is the body’s way of getting irritants out of the nasal passages. Allergens, viruses, other irritants, and trauma to the nose can cause sneezing. Sneezes are typically powerful and can occur suddenly.

However, sometimes people may have the urge to sneeze but are unable to do so. This inability to sneeze can be annoying, especially if there is an irritant in the nose or the person is congested.

Luckily, it is possible to stimulate the body to sneeze. This article suggests 13 ways to sneeze on demand.

What causes the body to sneeze?

When irritants and other foreign bodies enter the nose, they become trapped in mucus in the nasal passages. These particles then travel to the stomach, where the stomach acid neutralizes them.

In some cases, these particles can irritate the mucous membranes of the nose and throat. This irritation can stimulate the trigeminal nerve, which sends a message to the brain to trigger the body to sneeze. Other body parts that play a role in sneezing include the diaphragm muscle, the stomach muscles, the chest, and the throat.

The following tips to induce sneezing work by activating the nerves that trigger the body to sneeze.

Roll the corner of a tissue into a point, and place it in one nostril. Gently move the tissue back and forth, until feeling a tickling sensation. This action stimulates the trigeminal nerve.

It is essential to take care when using this technique — do not insert the tissue too far up the nostril as it may cause pain.

2. Tickle with a feather

Some people can be induced to sneeze by simply brushing underneath the nose with a fake feather. It is not recommended to use a real feather, nor to insert the feather into the nose.

3. Look at the light

Some people can sneeze on demand just by looking at a bright light. Researchers estimate that up to a third of the population are susceptible to this form of reflexive sneezing, which is known as photic sneeze reflex (PSR) or ACHOO (autosomal dominant compulsive helio-ophthalmic outbursts of sneezing). This reflex may occur because the trigeminal nerve is located beside the optic nerve.

Photic sneezing is hereditary — if one parent is affected, their child has a 50 percent chance of also having the reflex.

Those who wish to try this should look at a bright light suddenly. However, never look directly at the sun, as this can cause damage to the eyes.

Some strong perfumes and colognes can cause people to sneeze. To try this, spray a strong fragrance in the air to irritate the nasal lining.

Do not inhale the perfume particles directly, and never spray the fragrance directly into the nostril.

Plucking out a single nostril hair can stimulate the trigeminal nerve to cause a sneeze. Be gentle though, as the skin in the nostrils is extremely sensitive.

Dark chocolate with a high percentage of cocoa may lead to sneezing. The exact reason for this occurrence is not known, but scientists do not think it has anything to do with allergies.

While this tip certainly won’t work for everyone, it does work for some — particularly those who do not regularly eat chocolate.

7. Tilt the head back

This technique may be especially beneficial for those who feel a sneeze coming on, but it does not quite materialize. Simply lean the head back and look upwards.

Black pepper and other spices — such as cumin, coriander, and crushed red pepper — are known nasal irritants. A compound in both black and white pepper contains piperine, which irritates the mucous membranes. Likewise, capsaicin — a natural component of hot peppers — will cause a sneezing reaction.

Try opening a jar of spices and taking a gentle sniff, or grind up some whole peppercorns to induce a sneeze. Cooking spicy food or inhaling some capsaicin extract from a bottle may also work.

Take care when smelling spices as inhaling too much can lead to a burning sensation in the nostrils.

Similarly, tweezing the brows can irritate the facial nerves, which may stimulate the trigeminal nerve. Some people sneeze after plucking a single hair, while others need to tweeze a few.

Lightly run the tip of the tongue up and down the roof of the mouth. The trigeminal nerve runs along this path. A person may have to experiment regarding the best place to massage, the level of pressure to apply, and the amount of time taken to induce a sneeze.

Gently rub the bridge of the nose in a downward motion to get a response from the trigeminal nerve. Some people may get results from lightly pinching the nose. Again, experiment with technique until a tickling sensation and a sneeze occur.

Cold air to the face can trigger the sneeze reflex. Go to a cold area and take in some deep breaths of cool air. If it is not cold outside, turn up the air conditioning or open the freezer and breathe in the cold air.

13. Have a carbonated drink

A receptor on the tongue, known as the TRPA1 receptor, is activated by the carbon dioxide in fizzy drinks. When several receptors are stimulated, the body increases saliva and triggers a cough or sneeze.

Inhaling the bubbles also works because the nose is more sensitive than the tongue to carbon dioxide.

Sometimes, it may be necessary to trigger sneezing. While there are many methods to do this, not all methods will work for all people. This is because people respond differently to irritants and have different levels of sensitivity to stimulation of the trigeminal nerve.

Also, some techniques may work better than others for people with a cold or flu. Because they may have a lot of mucus in the nose which can trap irritants, people with nasal congestion may find it better to stimulate the trigeminal nerve manually rather than inhaling irritants.

Remember, always be gentle when inhaling irritants and stimulating the nasal nerves. Never insert anything hard or sharp into the nose.