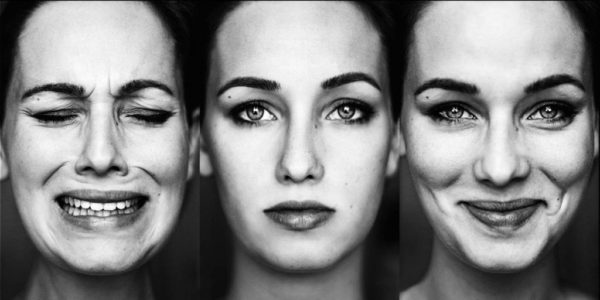 Bipolar disorder is a condition that features extreme shifts in mood and fluctuations in energy and activity levels that can make day-to-day living difficult.

Previously known as manic depression, it is a serious mental illness that, if left untreated, can destroy relationships, undermine career prospects, and seriously affect academic performance. In some cases, it can lead to suicide.

An estimated 2.9 percent of Americans have a diagnosis of bipolar disorder, and 83 percent of cases are classed as severe.

Diagnosis most commonly occurs between the ages of 15 and 25 years, but it can happen at any age. It affects males and females equally.

Here are some key points about bipolar disorder. More detail is in the main article.

What is bipolar disorder?

The main symptoms of bipolar disorder are alternating episodes of extreme euphoria, or mania, and major depression.

The fluctuations can be severe, but moods may be normal between the peaks and troughs.

The mood swings involved in bipolar disorder are far more severe, debilitating, and incapacitating than those experienced by most people.

Hallucinations and other symptoms may occur in some people.

With treatment, many people with the condition can work, study, and live a full and productive life. However, some people stop taking their medication or choose not to take it.

Some studies have shown that people with bipolar disorder may have enhanced creativity. However, mood swings can make it hard to sustain attention to projects or follow through with plans, resulting in the person having a lot of projects started, but nothing finished.

Symptoms vary between people, and according to mood. Some people have clear mood swings, with symptoms of mania and then of depression each lasting for several months, or with months of stability between them. Some spend months or years in a “high” or “low” mood.

A “mixed state” is when a manic and a depressive episode happen at the same time. The person may feel negative, as with depression, but they may also feel “wired” and restless.

Hypomania and mania refer to a “high” mood. Mania is the more severe form.

This may include squandering money, abusing illegal drugs or alcohol, and taking part in dangerous activities. A higher libido may lead to promiscuity.

During a depressive episode, the person may experience:

In severe cases, the individual may think about ending their life, and they may act on those thoughts.

Psychosis can occur in both manic and depressive episodes. The person may be unable to differentiate between fantasy and reality.

Symptoms of psychosis may include delusions, which are false but strongly felt beliefs, and hallucinations, involving hearing or seeing things that are not there.

These features must be episodic rather than chronic to receive a diagnosis of bipolar disorder.

It is possible to manage all these symptoms with appropriate treatment.

A psychiatrist or psychologist bases the diagnosis on criteria set out in the Diagnostic and Statistical Manual, fifth edition (DSM-5).

The person must meet certain criteria for mania and depression, including an elevated or irritable mood and “persistently increased activity or energy levels.” These must have lasted at least 7 days, or less if symptoms were severe enough to need hospitalization.

The individual and their family members, colleagues, teachers, and friends can help by relating experiences of the patient’s behavior.

Other healthcare professionals may have detected secondary signs of the condition.

The doctor may carry out a physical examination and some diagnostic tests, including blood and urine tests.

This can help to eliminate other possible causes of symptoms, such as substance abuse.

Other conditions that may occur with bipolar disorder are:

However, these may also mask a diagnosis.

A person is more likely to seek help during a time of depression than during a “high.” The National Institute of Mental Health (NIMH) urge health care providers to look for signs of mania in the person’s history, to prevent misdiagnosis.

The person may receive a diagnosis of one of three broad types of bipolar disorder.

For a diagnosis of bipolar I:

For a diagnosis of bipolar II, the patient must have experienced one or more episodes of depression and at least one hypomanic episode.

A hypomanic state is less severe than a manic one.

Features of a hypomanic episode include sleeping less than normal and being competitive, outgoing, and full of energy.

However, the person is fully functioning, which may not be the case with manic episodes.

Bipolar II can also involve mixed episodes, and there may be symptoms of mood-congruent or mood-incongruent psychotic features.

Cyclothymia involves episodes of low-level depression that alternate with periods of hypomania.

The DSM-V classifies it separately from bipolar disorder, because the mood changes are less dramatic.

A person who receives a diagnosis of bipolar disorder has a lifelong diagnosis. They may enter a period of stability, but they will always have the diagnosis.

Treatment aims to minimize the frequency of manic and depressive episodes, and to reduce the severity of symptoms to enable a relatively normal and productive life.

Left untreated, a bout of depression or mania can persist for up to 1 year. With treatment, improvements are possible within 3 to 4 months.

Treatment involves a combination of therapies, which may include medications and physical and psychological interventions.

The person may continue to experience mood changes, but working closely with a doctor can reduce the severity and make the symptoms more manageable.

Lithium carbonate is the most commonly prescribed long-term drug to treat long-term episodes of depression and mania or hypomania. Patients usually take lithium for at least 6 months.

It is essential for the patient to follow the doctor’s instructions about when and how to take their medication in order for the drugs to work.

Medication may need to be adjusted as moods shift, and some drugs have side effects.

Some antidepressants given to patients before they have a diagnosis of bipolar disorder may trigger an initial manic episode. A physician who is treating a patient with depression should monitor for this.

Psychotherapy aims to alleviate and help the patient manage symptoms.

If the patient can identify and recognize the key triggers, they may be able to minimize the secondary effects of the condition.

The person can learn to recognize the first symptoms that indicate the onset of an episode and work on the factors that help maintain the “normal” periods for as long as possible.

This can help maintain positive relationships at home and at work.

Hospitalization is less common now than in the past. However, temporary hospitalization may be advisable if there is a risk of the patient harming themselves or others.

Electroconvulsive therapy (ECT) may help if other treatments are not effective.

Keeping up a regular routine with a healthy diet, enough sleep, and regular exercise can help the person maintain stability.

Any supplements should first be discussed with a doctor, as some alternative remedies can interactwith the drugs used for bipolar disorder or exacerbate symptoms.

Bipolar disorder does not appear to have a single cause but is more likely to result from a range of factors that interact.

Some studies have suggested that there may be a genetic component to bipolar disorder. It is more likely to emerge in a person who has a family member with the condition.

Patients with bipolar disorder often show physical changes in their brains, but the link remains unclear.

Hormonal problems: Hormonal imbalances might trigger or cause bipolar disorder.

Environmental factors: Abuse, mental stress, a “significant loss,” or some other traumatic event may contribute to or trigger bipolar disorder.

One possibility is that some people with a genetic predisposition for bipolar disorder may not have noticeable symptoms until an environmental factor triggers a severe mood swing.