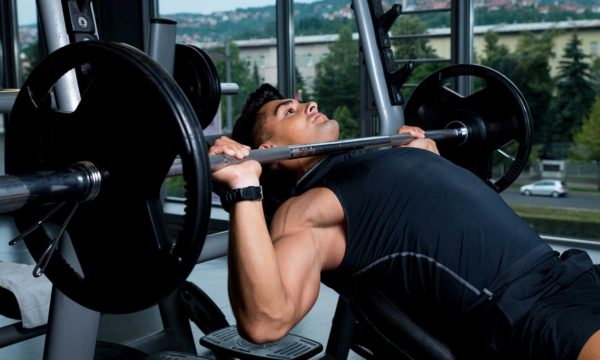 Gynecomastia is a common condition in men and boys. The breasts swell and become abnormally large. All men and women have breast glands, but they are not noticeable in men, because they tend to be small and undeveloped.

By adulthood, 90 percent of cases are resolved. Later in life, the incidence increases again with age.

Gynecomastia does not mean that someone has extra fat from being overweight. It is caused by additional breast tissue. Doing exercise or losing weight will not reduce the breast tissue in gynecomastia.

Pseudogynecomastia is separate condition, where fat builds up in the breasts, possibly due to being overweight or obese.

The ratio varies between individuals. A man with gynecomastia may have too much of both types of tissue.

Liposuction can remove excess fatty tissue. It involves inserting a small tube through a 3- to 4-millimeter incision.

Excision means cutting out tissue with a scalpel, to remove excess glandular tissue. This will normally leave a scar around the edge of the nipple.

If a major reduction in tissue and skin is necessary, the incision and the scar will be larger.

In some cases, both excision and liposuction will be used.

After surgery, the chest will be bruised and swollen, and the patient may have to wear an elastic pressure garment for 2 weeks to help reduce the swelling.

It will normally take about 6 weeks to return to a normal routine. Complications from surgery are rare. They include insufficient removal of breast tissue, uneven contour to the chest, and reduced sensation of one or both nipples.

Excision may carry a risk of a blood clot forming. This may require draining.

Gynecomastia normally resolves without any treatment, but if there is an underlying condition, it may need treatment.

If the condition does not resolve within 2 years, or if it causes embarrassment, pain or tenderness, treatment may be necessary.

Treatment is rare. Options include breast reduction surgery or hormone therapy to block the effects of estrogens.

Medications for the treatment of gynecomastia

Tamoxifen is a drug that blocks the action of the female hormone estrogen in the body. It is used for treating and preventing breast cancer, but it can also reduce the symptoms of breast pain and breast enlargement in men.

Aromatase inhibitors, used for treating breast and ovarian cancer in post-menopausal women, may be used off-label to prevent or treat gynecomastia in males.

A number of factors can lead to gynecomastia.

According to the American Family Physician, up to 1 in 9 newborn males have palpable breast tissue. This is because they have derived high levels of estrogen from the mother. As estrogen levels return to normal, the swelling goes away, usually within weeks.

Swollen breasts become more common among males as they approach middle and older age. Older men produce less testosterone, and they usually have more fat than younger men. This, too, can result in a higher production of estrogen.

Risk factors may include:

Between 10 percent and 20 percent of cases are thought to stem from the use of medication or herbal products, and 25 percent occur for unknown reasons.

Researchers have suggested a possible link between gynecomastia and a number of illegal drugs.

Medications that can cause the breasts in men to enlarge include:

Tea tree oil and lavender products, used in creams and shampoos, may have an effect.

However, one meta-analysis notes that many of these claims are supported by poor quality evidence.

Gynecomastia and its signs and symptoms

Gynecomastia is not normally a serious problem, but research shows that it can affect self-confidence and cause embarrassment.

This can lead to “Significant deficits in general health, social functioning, mental health, self-esteem, and eating behaviors and attitudes compared with controls,” according to Brian Labow and colleagues from Boston Children’s Hospital in Boston, MA.

If gynecomastia persists, treatments are available.

Symptoms include swelling and tenderness in the breast gland tissue of one or both breasts.

The areola, the area of pigmented skin that surrounds the nipple, may increase in diameter, and the chest tissue may appear asymmetrical.

If there is unusual and persistent swelling, tenderness, pain, or nipple discharge, or a combination of these, it is important to see a physician.

The doctor will ask about symptoms, medical and drug history, and possibly family history. There will be a physical examination of the breast tissue, as well as the genitals and abdomen.

If the cause appears to be a hormone imbalance, for example in puberty, the doctor will normally advise the patient that the condition is likely to resolve itself within a year.

If the lump is abnormally large, tender, one-sided, fixed and hard, or associated with nipple discharge, the physician may order a biopsy, to rule out breast cancer.

Further tests will seek to eliminate other causes, such as:

Blood tests may be needed.
Imaging tests may include:

A tissue biopsy, if appropriate, will take a sample of cells or tissue from the target area for examination under a microscope.

Often, cases of gynecomastia will resolve without the need for treatment. If treatment is necessary, it is often successful. In general, gynecomastia is not connected to significant health issues further down the line. However, there is a slightly increased risk of breast cancer in men with gynecomastia.