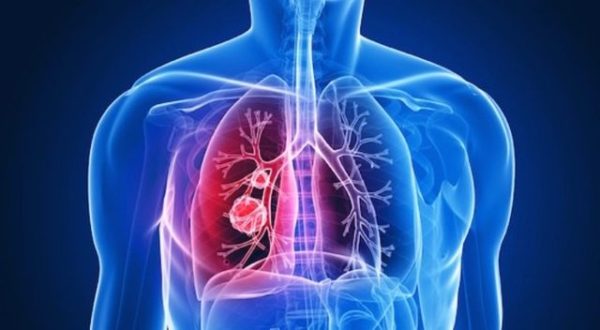 Bronchitis is an inflammation or swelling of the bronchial tubes (bronchi), the air passages between the mouth and nose and the lungs.

More specifically, bronchitis describes a condition where the lining of the bronchial tubes becomes inflamed.

Individuals with bronchitis have a reduced ability to breathe air and oxygen into their lungs; also, they cannot clear heavy mucus or phlegm from their airways.

This article will cover the causes, symptoms, treatments, and prevention of bronchitis.

Here are some key points about bronchitis. More detail and supporting information is in the main article

Signs and symptoms of both acute and chronic bronchitis include:

One of the main symptoms of acute bronchitis is a cough that lasts for several weeks. It can sometimes last for several months if the bronchial tubes take a long time to heal fully.

It is common for the symptoms of chronic bronchitis to get worse two or more times every year, and they are often worse during the winter months.

However, a cough that refuses to go away could also be a sign of another illness such as asthma or pneumonia.

Bronchitis may be acute or chronic:

Acute bronchitis is a shorter illness that commonly follows a cold or viral infection, such as the flu. It consists of a cough with mucus, chest discomfort or soreness, fever, and, sometimes, shortness of breath. Acute bronchitis usually lasts a few days or weeks.

Chronic bronchitis is a serious, ongoing illness characterized by a persistent, mucus-producing cough that lasts longer than 3 months out of the year for more than 2 years. People with chronic bronchitis have varying degrees of breathing difficulties, and symptoms may get better and worse during different parts of the year.

Many cases of acute bronchitis go away without any specific treatment, but there is no cure for chronic bronchitis. To keep bronchitis symptoms under control and relieve symptoms, doctors might prescribe:

-Cough medicine: although coughing should not be completely suppressed as this is an important way to bring up mucus and remove irritants from the lungs. If you want to buy cough medicine, then there is an excellent selection online with thousands of customer reviews.
-Bronchodilators: these open the bronchial tubes and clear out mucus.
-Mucolytics: these thin or loosen mucus in the airways, making it easier to cough up sputum.
-Anti-inflammatory medicines and glucocorticoid steroids: these are for more persistent symptoms to help decrease chronic inflammation that may cause tissue damage.
-Oxygen therapy: this helps improve oxygen intake when breathing is difficult.
-Pulmonary rehabilitation program: this includes work with a respiratory therapist to help improve breathing.
-Antibiotics: these are effective for bacterial infections, but not for viral infections. They may also prevent secondary infections.

-Removing the source of irritation to the lungs: for example, by stopping smoking
-Using a humidifier: this can loosen mucus and relieve limited airflow and wheezing
-Exercise: this will strengthen the muscles involved in breathing
-Breathing exercises: for example, pursed-lip breathing that helps to slow breathing down

Bronchitis is caused by the inflammation of the bronchial tubes, by viruses, bacteria, or other irritant particles.

Acute bronchitis is normally caused by viruses, typically those that also cause colds and flu.

It can also be caused by bacterial infection and exposure to substances that irritate the lungs, such as tobacco smoke, dust, fumes, vapors, and air pollution.

Chronic bronchitis is caused by repeated irritation and damage to the lung and airway tissue.

Smoking is the most common causes of chronic bronchitis, with other causes including long-term exposure to air pollution, dust and fumes from the environment, and repeated episodes of acute bronchitis.

A doctor will usually use a stethoscope to listen for any abnormal sounds in the lungs. They may also examine mucus or test the oxygen levels in the blood and may recommend a chest X-ray, pulmonary lung function test, or blood tests.

The most common complication of bronchitis is pneumonia; this occurs when the infection spreads deeper into the lungs. This infection causes the air sacs within the lungs (alveoli) to fill with fluid.

An estimated 5 percent of bronchitis cases lead to pneumonia.

Pneumonia is more likely to develop in older adults, smokers, people with diseases in other organs, and anyone with a reduced immune system.

When to see a doctor

Most cases of bronchitis can be treated at home with rest, anti-inflammatory medication, and plenty of fluids. However, in some cases, it is important to see a doctor. The following are signs that a visit to the doctor is in order:

-Cough lasts more than 3 weeks.
-Constant fever lasting 3 days or more.
-If coughed up mucus includes blood.
-Anyone with an existing lung or heart condition.
-Rapid breathing and/or chest pains.
-Becoming drowsy or confused.
-If bronchitis is recurring

Acute bronchitis is a common condition. Although it can be uncomfortable, in most cases, it will resolve on its own.

If it is not improving, or any of the signs above are present, it is important to see a doctor who may be able to prescribe medications.

Although it is not always possible to prevent acute or chronic bronchitis, there are several things that can reduce the risk:

-Do not start smoking; quit smoking if you already smoke.
-Avoid lung irritants such as smoke, dust, fumes, vapors, and air pollution. If avoiding exposure is not possible, wear a mask that covers the nose and mouth.
-Wash hands often to limit exposure to germs and bacteria.
-Get a yearly flu vaccine.
-Get a pneumonia vaccine.

Living close to a busy road almost doubles the risk, as does heating the home with hot air conditioning rather than electric heating. Living close to a diesel-burning power plant has also been associated with a 62 percent increase in the risk of chronic bronchitis.